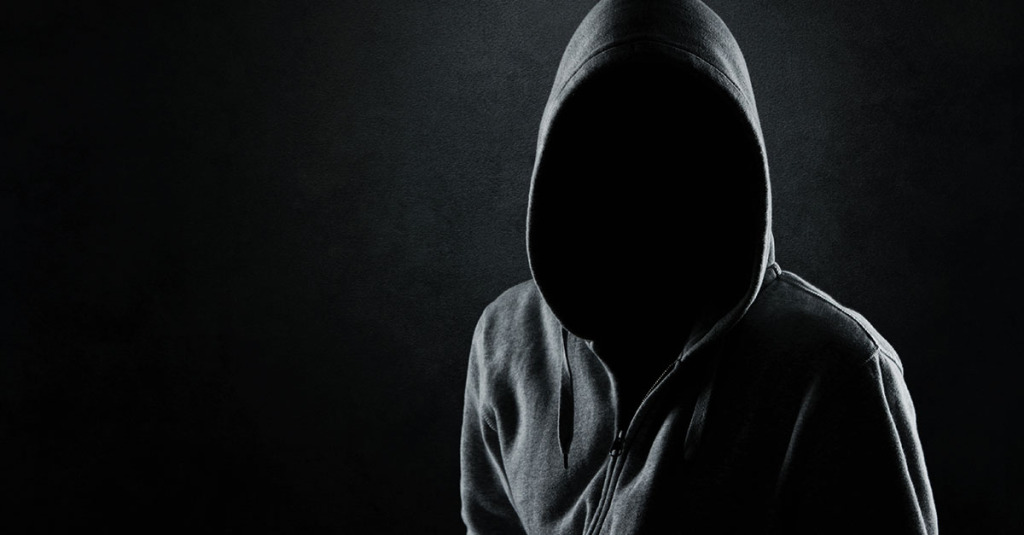 How to Prevent Motorcycle Theft - 6 Tips

A man in a grey hoodie is walking outside your building. It's chilly in the early hours of the morning, and the parking area is dim and quiet.

There’s a tool belt hung lazily around his waist – just another construction worker on his way to the job site. He pauses beside a sport bike, crouches out of view, and emerges ten seconds later. A few tools in his belt have been rearranged but – if anyone were awake to look – they wouldn't have noticed.

Suddenly, a dark colored minivan pulls up. Two men get out and, along with the construction worker, they hoist the motorcycle into the back. All three jump into the van, and they reverse calmly out of the lot. The whole thing takes less than a minute.

In Canada, there are roughly twenty motorcycle thefts per day. And many of them follow a script just like this. If you don't want your bike to become part of that statistic, follow this easy guide on protecting your ride. The first part - How Motorcycle Theft Works - will show you what you're up against. If you're pressed for time, skip ahead to our Tips for Preventing Motorcycle Theft . Here, you'll find a practical, how-to guide for warding off thieves.

Before we dive into the tips, let's have a look at how bike theft works.

Motorcycles are considered to be highly steal-able objects. If they have any security systems at all, the technology is usually less sophisticated than in cars. Motorcycle ignitions are easily punched, and the presence of exposed wires makes hotwiring simple. Most of all, however, bikes are small. A few men can easily lift a sport bike into the back of a minivan, making a covert escape easy. Once the theft has taken place, criminals can take their time disabling the steering and ignition locks.

Motorcycles are also perfect for parting out. It doesn’t take a professional mechanic – nor a proper garage space – to reduce a motorcycle to its components. This is why only 25-30% of stolen motorcycles are ever recovered – less than half the percentage for stolen cars. Moreover, the parts can be re-sold for high prices. This is especially true for high-performance sport bikes.

Because of this, sport bikes are – by far and away – the most frequent targets of motorcycle theft. One quarter of all stolen motorcycles are Hondas – closely followed by Yamaha, Suzuki and Kawasaki.

Cruiser bikes see lower theft rates, largely due to their weight and bulkiness. Also, the value in a cruiser is closely related to its style and – unlike street bikes – the totality is worth much more than the sum of its parts. This makes cruisers less appealing to thieves, as their components won’t fetch the highest prices. However, criminals have been known to re-stamp VIN numbers and obtain false titles, which allows them to sell stolen bikes as legitimately purchased vehicles. As a result of this, cruiser theft can also be lucrative. Of all cruisers, Harley-Davidsons are the most frequently stolen.

Of course, the rate of bike theft spikes during the summer. During warmer months, motorcycles are often left uncovered and unlocked inside people’s garages. Moreover, as many motorcycle riders live in apartments, bikes are frequently stored outside during this time of year. In both situations, thieves will have easy access to your machine.

So, what can you do to prevent your motorcycle from getting nicked? We’re going to start with the simplest, cheapest methods. Then, we’ll work our way to more advanced systems.

Make Your Motorcycle Impossible to Start

There are a few ways to disable your motorcycle after you park it. You can remove the main fuse, loosen a spark plug cap or turn off the gas. Depending on the type of motorcycle, some of these procedures will be annoying to do on a daily basis. However, if it’s easily done, they can be a great way to fool a thief.

On my old DRZ400, it was simple to set the fuel valve to OFF every time I parked it. One afternoon, when a buddy of mine tried to hop on for an unsanctioned joyride, he was able to rev the engine twice before it sputtered and died. I revelled in the confused look on his face. If he had been a real thief, I probably would have been even more pleased.

Of course, these solutions are useless against grab-and-go style thefts. However, they can be a great option when used alongside other, more physical security measures. It’s definitely worth playing around with your motorcycle to see if one of these solutions can work for you.

Parking next to other motorcycles reduces your likelihood of being robbed. Photo by Marcelo Campi [CC BY-SA 2.0 (https://creativecommons.org/licenses/by-sa/2.0/legalcode)] via Flickr.com
You can greatly minimize your risk of theft by choosing a good parking space. First off, thieves avoid well-lit areas. So, parking next to a street lamp or outside of somebody’s window is a great idea.

Statistically, theft is much less common when motorcycles are parked together. This is probably due to the criminal’s fear that, if any of the riders were to come back to their machine, they would recognize him as a thief. Plus, it’s harder to break a motorcycle lock when the bike is wedged in between a few others.

If you park in a garage, make sure that your motorcycle is not visible from the doorway. It’s a simple fix, but hiding your motorcycle behind a car or a tarp has huge benefits. Criminals will look through doorways when casing a location, but they are often hesitant to enter the garage itself. If your motorcycle is hidden from view, the thief may simply move on rather than risk investigating further.

Use Your Bike’s Built-in Security Features

Most motorcycles come with an ignition lock, a steering lock, or both. They’re exceedingly easy to operate, so – whether you’re parked in a seedy neighborhood or in front of the police station – you might as well use them. It’s true that many steering and ignition locks can be overcome with a bit of force. But for a thief, the slight inconvenience might mean the difference between stealing your bike and stealing the next one over.

It may sound silly, but a motorcycle cover does a lot to deter thieves. For one, criminals almost always go for specific targets. If they can’t see what kind of motorcycle you have, they may not bother trying to find out. Plus, if they plan on riding away on your bike, the time it takes to remove the cover will increase their risk of being caught.

If you ride a sport bike – and you want to be particularly cheeky – you might consider buying a larger cover than you need. Get something big and bulky – or even something with a cruiser brand name on the outside. This will fool thieves into thinking that there’s a cruiser underneath, which, to them, is less desirable.

While a good cover will cost around $100, the price is certainly worth it. This is the only security measure that also serves to protect your motorcycle from the elements.

Lock Up Your Motorcycle

Disc locks are a great choice, as many of them come with built-in motion alarms . So, while the lock prevents your bike from rolling, the motion alarm prevents thieves from picking up the motorcycle. This option is also great for scaring away hooligans that just want to poke at your ride.

The unfortunate drawback of disc locks is that they’re easily forgotten. Many riders have unwittingly tried to take off with a big hunk of hardened steel attached to their brake. Obviously, this can be a costly mistake. One solution is to lock your helmet to the disc lock, which will ensure that you don’t forget about it. For a few bucks, you could also pick up a disc lock reminder . They are a sleeker, less clumsy solution than leaving your helmet on the ground.

If the thieves plan on loading your bike into a truck or van – which they often do – an anchored lock is going to be the best defense. Whichever one you choose, remember to lock it high and tight . Locks that are placed up high are harder to break, because the thief will not have the ground as a leverage point. You also want your lock tight . Chisels and bolt cutters are bulky and, if there isn’t any slack in your lock, thieves will not be able to get their tools properly set.

Finally, many locks have an identification number stamped onto them. This is great if you lose your key, as you can call the company and have another one cut. However, some thieves will read the number from your lock and con the company into sending them a key. So, it’s best to record the identification number, file it away somewhere safe, and then chisel it off the lock.

Install a Tracking Device on Your Bike

Finally, you might consider hiding a SPOT Trace somewhere on your motorcycle. They are small, rugged, waterproof, and they have an extremely long battery life. If you’re paranoid about theft (which you undoubtedly are by now) the Spot Trace can send you a text or email every time your motorcycle is moved. At any time, you can also track the motorcycle via Google Maps on your cell phone or computer. Needless to say, this greatly improves the chances of recovering your stolen bike.

The SPOT Trace is also a great option for those who ride outside of cell range. Operating 100% on satellite technology, it allows your loved ones – or emergency rescuers – to locate your position anywhere in the world.

Be wary when selling your motorcycle. There have been numerous instances where someone will respond to a classified ad on craigslist or kijiji, take the bike on a test drive, and never come back.

In one case, a man left his SUV as collateral before taking the motorcycle for a spin. But once he had gone with the bike, a second man – who was hiding in the trunk of the vehicle – climbed into the front and drove the SUV away. Needless to say, neither were seen again.

The best option is to meet in well-populated public places and – if possible – to bring someone with you. As far as test drives go, you might consider using a friend’s motorcycle to follow along. It is also wise to check what your insurance policy covers ahead of time. Of course, your number one defense is going to be your own instincts. If anything about the buyer seems suspect, don’t hand over the keys.

There are a lot of ways to protect your motorcycle from theft. And of course, the best defense will be a combination of a few tactics.

In the same way, you don’t have to worry about making your bike un-stealable. Rather, just try to make your motorcycle comparatively annoying to steal. If you do this, thieves will simply ignore your motorcycle in favor of easier targets.