Lane Splitting in Canada: The Good, the Bad and the Ugly

The riding instructor pinches my handlebar mirror between his fingers. "When you’re sitting at a red light, stare at this. If the driver behind you fails to slow down, be ready to zip between the cars ahead." I say, "Okay." But I'm really thinking, "Why don’t I just park there to begin with? "

It’s a question that I’ve agonized over ever since: Is lane splitting good or bad?

As a Canadian motorcyclist, my bias is towards not splitting lanes. It’s illegal everywhere that I ride, so I don’t do it. Call me prudish but I choose to obey the law whether it makes sense or not.

At the end of all that, I conclude that lane splitting should be legalized. So bear with me.

Motorcyclists are safer from getting rear ended

No debates here. If you filter through the traffic lanes, you’re much less likely to be rear ended. As a case in point, consider what wouldn’t have happened if this rider sidled up beside the car ahead of him:

No exceptions here either. When we filter through slow-moving or stopped traffic, it saves us time.

If motorcyclists filter between traffic, then more of the road gets used. By simple logic, this should decrease congestion.

Motorcyclists are protected from the environment

Admittedly, this is a rare case. But when the wind is howling and the rain is falling sideways, snuggling up beside a car is much more comfortable than owning your lane.

The environment is protected from motorcyclists

Every vehicle gets 0mpg when it’s standing still. So keeping motorcyclists moving is bound to decrease emissions.

Motorcyclists draw attention to themselves by filtering through traffic. And if car drivers are mindful of bikers in their vicinity, everyone is safer.

Motorcyclists are exposed to other dangers

The space between traffic lanes is – quite literally – a line of fire. In this five-foot gap, car doors open, hands extend out of windows and entire vehicles change lanes. It's hard to anticipate the dangers, let alone avoid them:

Motorcyclists are likely to be at fault in collisions

Lane splitting is a legal trap for riders. In places where filtering has been legalized, it is usually permissible when done “in a safe and prudent manner.” But once you get into an accident, it’s difficult to prove that your lane splitting was “safe and prudent.”

Motorcyclists have no escape route

Canada doesn’t have the same road quality as California. We northerners encounter mammoth potholes on a daily basis and that’s a big problem when you're splitting lanes.

Whenever vehicles are in close proximity, the likelihood of road rage goes up. Many drivers are uncomfortable with sharing their lane, and some will resent bikers for zipping ahead of traffic. On the flip side, motorcyclists often feel endangered by cars in close proximity. It’s a perfect storm for hot heads.

In general, driving laws are written for cars instead of motorcycles. This often puts lane splitting in a grey area. Take California for example. Even the government states that it “does not allow or prohibit” lane splitting. California might have a totally inadequate legal framework, but at least they’re honest about it.

Lane splitting is widely regarded as illegal in Canada. But that doesn’t mean our laws are any clearer! The Ontario Ministry of Transportation states that filtering is “extremely dangerous,” but they make no reference to an actual law. It can be hard to convict lanesplitters on specific traffic infringements like the Highway Traffic Act’s section 154 or 148-50 . Instead, riders who split lanes are often handed vague infringements for “careless driving” (130) or “racing” (172) .

There isn't enough motivation to merit a change

As discussed above, defining the laws around lane splitting is tricky. It would take a major push to enact legislation that clearly legalizes it. And with motorcyclists making up 1.3% of road users , I’m not sure that we carry enough weight.

Things get out of hand quickly

Most people acknowledge that lane splitting should be done in slow or stopped traffic. And that the motorcycle’s speed should not exceed the speed of the cars by more than a few km/h. And that there should be adequate room between the cars in question.

But these rules are hard to enforce. And if we grant freedoms without guarding their boundaries, people are likely to cross the line. YouTube has plenty of bad examples, which aren't worth perpetuating here.

If we legalize lane splitting in individual provinces, it could be more harmful than helpful. Visiting drivers will be startled by lane-splitting bikes, and startled drivers are liable to react poorly. Likewise, visiting motorcyclists will be unpracticed at splitting lanes. So people may be tempted to ride beyond their skill level.

The best way to legalize lane splitting is on a national level. And that almost certainly isn’t going to happen.

The lane-splitting debate is impossible to resolve

There is no definitive proof here. Several studies have been done on lane splitting, and most of them contradict each other. 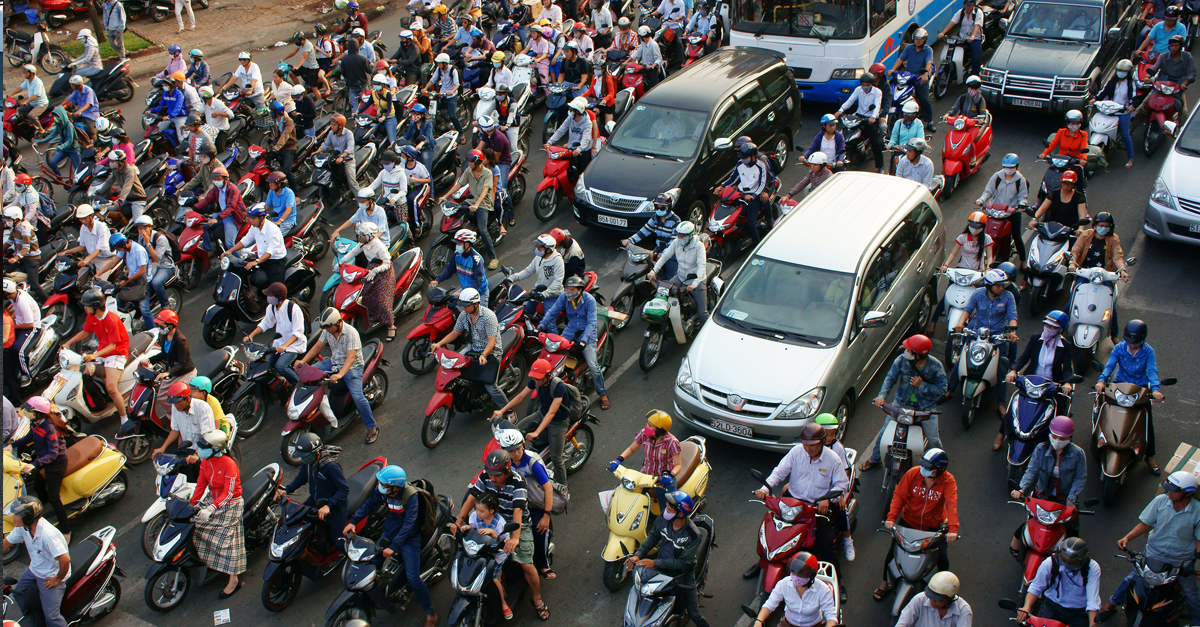 Lane splitting is legalized in many countries worldwide. Should Canada follow suit? | Photo by xuanhuongho / Shutterstock.com

Lane Splitting Should be Legal

At the end of the day, we’re choosing between a danger behind us and a danger beside us. And when you’re picking between poisons, there’s never a right choice.

Maybe lane splitting makes us a bit safer; maybe it puts us at a little more risk. And apart from saving time for the riders, I can’t believe that lane splitting significantly reduces traffic congestion either. Likewise, the benefits for Mother Nature are probably negligible.

But here’s the key: I would feel safer if I could wedge myself between cars.

The safety of cagers isn't really at stake here. But when motorcyclists decide to filter - or to not filter - we're taking an active responsibility for our lives. In my opinion, we should have the freedom to choose what feels safest to us.